I See the Wind 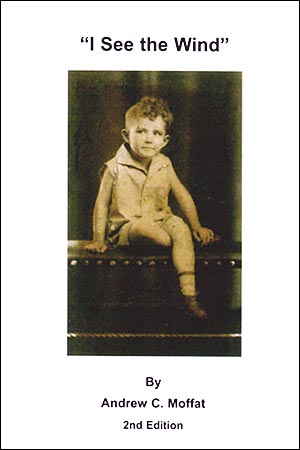 One of the most trying periods in Canadian history occurred with the Great Depression of the 1930’s.

Every Canadian, rich or poor, urban or rural, young or old felt the physical, emotional and financial impact.

In retrospect, it may seem a forecast of today’s environmental changes and financial hardships. The lack of rain turned our lush and productive Prairies into vast deserts and wastelands. Financial insecurity made businesses fail and created the greatest unemployment statistic this Country had ever known — or would, in all probability, ever know again.

At the same time, this was the very period when social, economic and technological change was at its greatest.

Yet, there was an element of fate involved; for it was the desperate need for employment that filled the military ranks in 1939 — and it was the very hard conditions of the Great Depression that produced the quality and hardiness of young men who could successfully cope with the demands of the Second War. A military force out of all proportion in size and achievement to our national population, as compared with all other Allied nations.

In all things there is good and there is bad.

Chester School was a one-room country school, located only a few hundred yards from our farm house. The 18 students ranged from Grade 1 through Grade 13 (first year university then) and were taught by a young lady teacher who had only Grade 12 herself — plus six months training in teaching skills at the “Normal School” in Moose Jaw.

A tremendous responsibility for a young lady, not much older than some of her students — and for which she was paid the handsome sum of $100 per school year, plus room and board! The Depression was not a kindly time for anyone, and especially for women who had to ‘make it on their own’.

My youth and small build led to much bullying by my robust classmates; a fact I quickly and stoically learned to live with.

I appreciated reading your book: it brings back memories. I didn’t know we were poor because everyone around us was experiencing the same difficult problems.

I was a child/teenager during the depression years. I have a great admiration for the parents who, uncomplainingly, raised us to the best that we could be and encouraged us to follow our dreams and to serve our country.