With the Best of Intentions 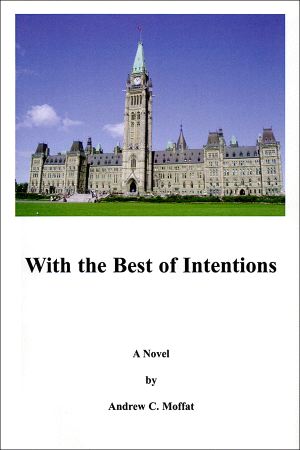 We have probably all bemoaned, at one time or another, what we see as the low moral and ethical standards of politicians.

And equally likely is the probability that most of us have thought that had we been elected to office we would bring honesty and integrity to the position.

Yet, we all know men and women who, when they first ran for office, we thought of as honest, reliable and model citizens. Then, however, as their term ran on they changed and seemed to become like all the rest.

This is the story of a man of high national moral repute who made his attempt to change Parliament and what happened to his valiant attempt.

It is the story of the individual we would all like to be — and what happened when he tilted his lance against the politicians we all detest.

It was also his willingness to be accounted for under even the most discouraging of circumstances and when facing the most hostile opposition that had won him professional respect at all levels of the judicial system.

And now some pipsqueak ex-plumber was lecturing him on how he was obliged to be subservient and totally obedient to the Party leadership — whether he agreed with their position on matters or not!

The idiot could not have created a more potential enemy had he wired a battery to Bob’s scrotum!