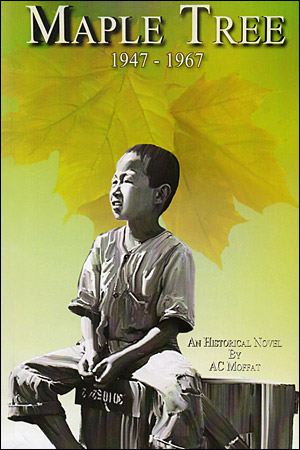 The Murdoch family had more than one thousand years of service to the Crown and their Nations of residence: most within the military, but occasionally in other professions.

This is the story of one such deviation from the traditional military pattern.

One normally thinks of a country’s foreign impact as being either political or military, and rarely does one think of the independent, non-government groups who service those who get all of the attention and publicity — and credit!

Anyone who has served in the military of the British Commonwealth will have pleasant memories of being catered to in their bleakest and lowest moments by that marvelous organization, The Salvation Army.

The dear Sally Ann could be found in every corner of the globe being served by our men and women in uniform; providing the caring and loving atmosphere left behind at home — and never once have they sought recompense or recognition!

No NGO, no matter how big or how great a service provided, will ever leave in the hearts of their clients such a feeling of love and appreciation as does our beloved Sally Ann!

For some reason he was not afraid of this man — he had never even seen an Occidental up close before, and had no idea who the man was or where he had come from — or why he was in Korea! The fact that the man had prevented a theft and then had paid for the food [that the ladd had been about to steal] was a clear indication in the boy’s mind that the man was honest and honourable.

He owed this man! In the boy’s eyes his entire family owed this man, for his shame would have been the family’s shame. From that first moment, the boy’s simple logic — and his strong family education in morals — had bound him in loyalty to Andrew.

Now, looking down at the sleeping Andrew, a small smile formed on the boy’s face and a look of love came into his eyes. Andrew may not have been his father — but he was the closest the boy had and he was gradually forming a son’s love for this foreigner. And that feeling was rapidly being reciprocated!