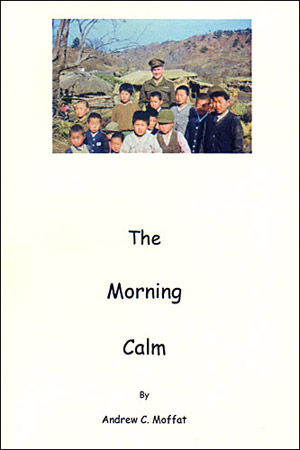 In many respects this is not a happy story, in spite of the fact that it is a story of strength, perseverance, and — in the long run — survival and success! It is historical fiction.

In the Korean War there were many casualties — but none on whom there was such a terrible impact as on the tens of thousands of orphans — children who had been separated from their parents, or whose parents had been killed.

Those children — many as young as 2 and 3 years of age being cared for by 8 and 10 year old siblings — managed to survive where many adults fell by the wayside.

Their strength not only led to their survival, but was in so many ways the very foundation of the rebirth and remarkable advance of their country! They became a critical part of the revival of The Land of the Morning Calm!

It happened at the very bridge they were counting on to save them.

The masses of people fleeing down the roads were far wider than the breadth of the bridge, so the crowding and pushing to find a place in the narrowing line began to separate families.

The boy held fast to his father’s hand, and they led the family, breaking a path for them! The mother had again picked up the little sister and held her tightly in her arms. The grandfather walked behind the mother, protecting her from the pushing crowd behind them.

The boy could see nothing, for adults were pressed close to him on all sides. By staying close to his father, and holding his hand tightly, he was able to avoid being separated and lost in the crowd.

They were near the south end of the bridge when the father dared turn his head to look back for his family — he caught a quick glimpse of them, now far behind, and then lost sight of them just as quickly.

He moved on: he would wait for them at the south end and they would then travel as a family once again.

He had not yet reached the south end when, far behind him, there was a huge explosion!

It was a good story. In some ways it reminded me of my pre-teens in the Great Depression of the 1930’s. I plan to have my High School teacher read it and suggest the appropriate level for school kids… then giving it to one of the school Libraries. It would be an especially good read for the kids… perhaps open some minds as to how good a life they now have, and perhaps, recognize that they too may have more talents than they might think they have.

Some good comes out of every adversity.