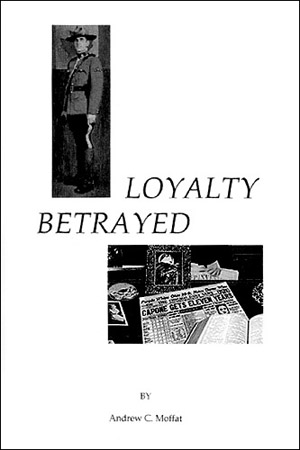 We are the product of our past, and Herbert James Downs was no exception.

Herb had been brought up in a family that was strong in loyalty, faith and duty. It was an age when children obeyed their parents and parents felt an obligation to King and Country.

Herb’s father set a fine example for his son — an example the lad followed by nature as well as obligation.

His personal conviction to duty and loyalty led him to expect the same characteristics in others. An expectation that stood him in good stead for his early adult years, but which led to his downfall in the end.

As a clean-cut young Canadian he was only a bit player in this game. True, he had already gained a good deal of respect from those Mob members he had met — but that fell far short of being accepted into the upper ranks!

Almost without exception, those who surrounded the big boss — Al Capone — were longtime buddies who had climbed the scale with him, and who were as corrupt as he.

It was much too late for Herb to ever be considered an ‘Old Buddy’, so he concluded that the only way he could find favour would be through acts that might financially benefit the Mob — and to freely partake in their social quirks!

He knew he could drink most of his associates under the table; but that still left the hated cocaine barrier to cross.

The major weakness in any criminal organization is ‘trust’: no criminal can ever trust his subordinates because the very nature of group crime is the desire to rise to the top — by any means.

Loyalty Betrayed is like a first-class novel; however, it is a true story based on actual facts with slight variations to keep the reader’s interest at a high level

The author… has made this case very interesting and full of suspense; it would almost make you believe it was a novel and not a true story about an undercover RCMP operation.

To disclose the ending… would be unfair to readers. When I started to read the book I became so interested that I read the entire book in one evening.

I would recommend readers who are interested in this type of true crime story to pick up a copy of this book.

It was a wonderful yet a very sad story. Well written and quite interesting; I found myself eager to keep reading.