There’s a Wolf In My Life 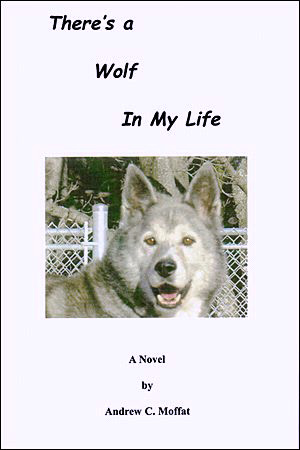 We live in a vast country, most of which our peoples do not know, or for which they have erroneous images.

Travel is almost universally limited to within miles of our southern border, and is almost always in an east-west, or west-east flow. Our population has settled to the Canada-USA border like sand settles to the river bottom.

To all but a few Canadians the North and its peoples are unknown and misunderstood. This is a story of one man’s attempt to reconcile two very different cultures — a story of conflict, aspirations and hope.

Paul was proud of his heritage.

He wasn’t clear in his own mind why his father felt he had to go south for an education. His forefathers hadn’t had formal education — they lived and learned and absorbed from their elders. Why couldn’t this be enough for him?

And there were those on the Reserve who felt this as well. In fact, the majority seemed to take pride in the fact that no child from this Reserve had ever progressed beyond Grade 8 — the last Grade available at the local school.

At one stage the Chief had even tried to talk Paul’s father out of the move by declaring that any child who went beyond the local school was to be considered White and something of a traitor to his people, and forever banned from the Reserve!

It moved quickly, had more than a hint of realism, was emotional, and struck a chord of reality…