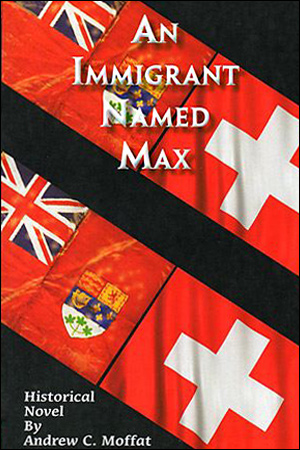 This is the story — the personal history, if you will — of a man who was my closest friend from my first memories until the end of the Great Depression.

The facts related are those that he told me over the years: they are not to be found in any documents or other records — although I am sure one could verify most of the times through researching Canada’s Immigration records, or documents in his Homeland.

Almost all of us, from our very earliest years, are influenced by someone — most often a parent or close relative.

I had many influences in my youth; most especially by my grandparents — all four of them. And there were many, many family friends who had, I am sure, at least a small measure of influence as well.

But when I look back, it is one Maximilian Duer, our farm’s Hired Man, who stands out as one of the greatest influences in developing my outlook on life in general, and my views on, and relationships with others; in particular with persons other than what has since come to be referred to as “WASPs”!

All too often we do not appreciate others until they are long gone: too often it is only in hindsight and when we are listening to their eulogies that we see and finally appreciate their true friendship and their contribution to our own life. I saw Max as my friend from day One, and now I want to share that friendship with you.

He was not a handsome man. The bone structure of his face was too defined — too structured. There was not a single one of his features that one would call handsome: yet — when taken in total they were striking! Even attractive!

Whatever he looked at seemed to elicit a mixed look of love, inquisitiveness, wonder, awe, and admiration. It was the same whether he was looking at the boy, the horses, the Jack Rabbit that was suddenly running down the ditch, the Prairie Chicken that flushed as the wagon passed, or the faint whisps of clouds that were barely visible in the searing blue sky.