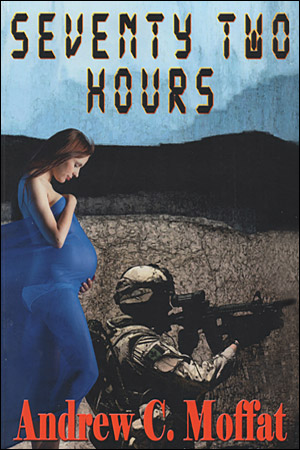 The world of an Army family is entirely different to that of its civilian counterpart.

Even within the Army family there are two quite different worlds — one when the family is intact and the other when one of the parents is absent for long periods.

The trials and tribulations of the parent left to cope with raising a family, and meeting all of those tasks, chores and responsibilities normally borne by two parents, is rarely understood by civilians whose absent member always has the freedom to come and go — even when at some personal expense.

Just as the soldier serves his or her Country — so the partner does equally, but without all of the support or recognition given the soldier.

He listened for the sounds of a rocket — or the associated sounds that follow a close-in rocket. No sirens — no rush of vehicles — no yelling or shouting.

Then, he wondered, what woke him?

He lay quietly in his cot — listening and thinking.

He turned his head to see if one of his mates had returned to the shack and made a noise — that would wake him!

Both beds were occupied and from the low snoring sounds it was evident that both were sound asleep. Whatever had suddenly wakened Allan had not been sufficient to wake the others.

It was inevitable that, as he lay in the dark, his mind should turn to Liz and the new son that would be joining the family shortly.